Populum recently joined forces with three-division World Boxing Champion Terence Crawford. Terence signed on with Populum to be a CBD ambassador and advocate for the use of CBD in the boxing world.

Boxing has been an early adopter of hemp CBD. The Mixed Martial Arts (MMA) fighting world has always been keen on CBD, but it really became front and center when a Ultimate Fighting Championship (UFC) fighter, Nate Diaz, appeared onscreen vaping CBD post-fight. It was shortly after Diaz’s public use of CBD that the World Anti-Doping Agency (WADA) reversed its stance on hemp CBD. Since then, hemp CBD has gotten a lot of attention in MMA and boxing culture.

With the explosion and acceptance of hemp CBD use in boxing, Populum is thrilled to team up with Terence Crawford to spread the power of hemp to others. Populum products have been used consistently by athletes. But partnering with Terence, a boxer whose industry has already accepted CBD as part of their routine, is an exciting step towards bringing CBD use by athletes into the mainstream.

But there’s more. Populum, though headquartered in Phoenix, AZ, has a second headquarters in Omaha, NE. For those who know Terence (aka “The Champ”) they know that he takes pride in hailing from Omaha. Our team at Populum is proud to support our Omaha and Phoenix communities, and we are honored to have a partnership with an athlete who can spread the healing powers of hemp to others who may need it.

“I am excited to be an ambassador for CBD and for Populum.” said Crawford. “Boxing is a taxing sport and I am proud to support a natural supplement that helps to soothe my muscles and provides recovery post-workout. It really packs a one-two punch.” 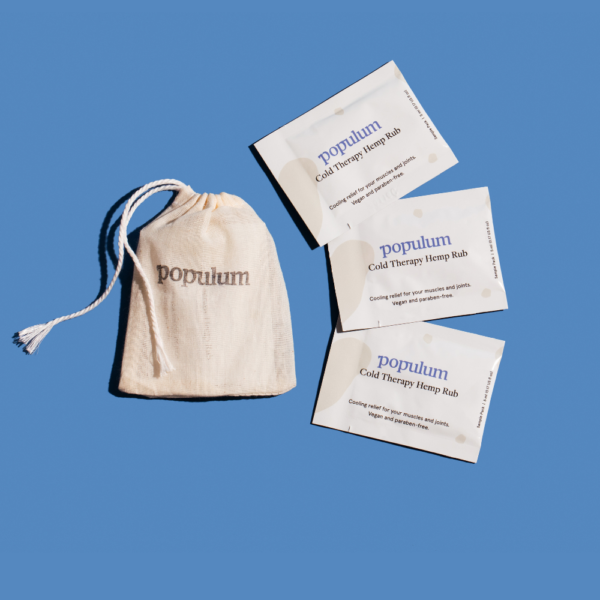 So how is Terence using Populum?

Be sure to tune in to ESPN PPV to watch Terence’s big fight at Madison Square Garden on Saturday, April 20. Populum is rooting for The Champ!